Hey everyone it’s Zainab, recently a new movie came out on Neflix called: Enola Holmes and it was in Netflix’s Top 10 so I had to watch it! Today, I’ll review the movie and share my thoughts!

Official Reviews:
Enola Holmes received 90% on the Rotten Tomatoes’ Tomatometer and had 71% on the Audience Score. Also, the movie had 94% of Google Users liking the film. On the website ‘Plugged In‘ it was said that, ‘Enola Holmes delivers mostly positive messages about individuality, equality and freedom.’

My Opinion:
Honestly, I thought Enola Holmes was such a great story and mystery focusing on finding your purpose, and spreading equality and helping people! It honestly has such a great mysterious plot as Enola’s mother has gone missing and she needs to find her, the way the film encapsulates it is incredible. It also has a huge historical aspect talking about things such as the Suffragettes movement and even the minor details such as the sets and costumes are so detailed! I also love how it links back to other films and series such as having Enola’s brother being Sherlock Holmes. This film also features an amazing cast with the one and only Millie Bobby Brown playing Enola herself, and doing a great job!

So guys that’s the review, let me know if you’ve watched this movie in the comments!

You want to see more of me and get exclusive updates on my blog? Well check out my socials!
Instagram – For exclusive updates on posts
Goodreads – You can see any books I’ve read or even recommend me one!
Pinterest – To see my boards and ideas
Contact Me if you would like to collaborate or have any other inquiries
Any suggestions or feel like chatting? Comment down below!

Have an amazing day! 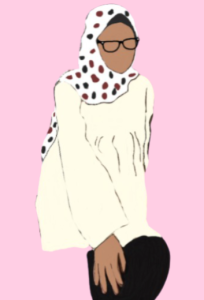 Hey I’m Zainab! I’m a teenage blogger with a passion for helping other girls become more positive and happy! I always try and remain optimistic, which you can see through my blog posts! I hope you all enjoy my little corner of the internet!

Embracing Positivity In The World Around Us 🌎✨
Forms Of Positvity 💗✨
💭Happy Weekend! How are you all doing? 🤗
How Reading Can Increase Positivity 📚💕
A Post I Never Wanted To Write 💔
4 Positive And Influential Role Models That Benefit This Generation 🌟

All blog posts, images and ideas on this site belong to me. Any unauthorised use is strictly prohibited.